Nikolaj Cyon is an artist from Sweden who has worked with precolonial Africa as a theme. He has created a counterfactual map of what Africa could have looked like in the mid 19th century – showing an African continent without European colonization. He constructed an alternative historical timeline in which Europe was much harder struck by the plague in the 1350’s and never recovered. Therefore African nations would have gotten the opportunity to flourish unhindered.

The map was recently mentioned in The Washington Post, as number 23 out of 40 interesting maps. 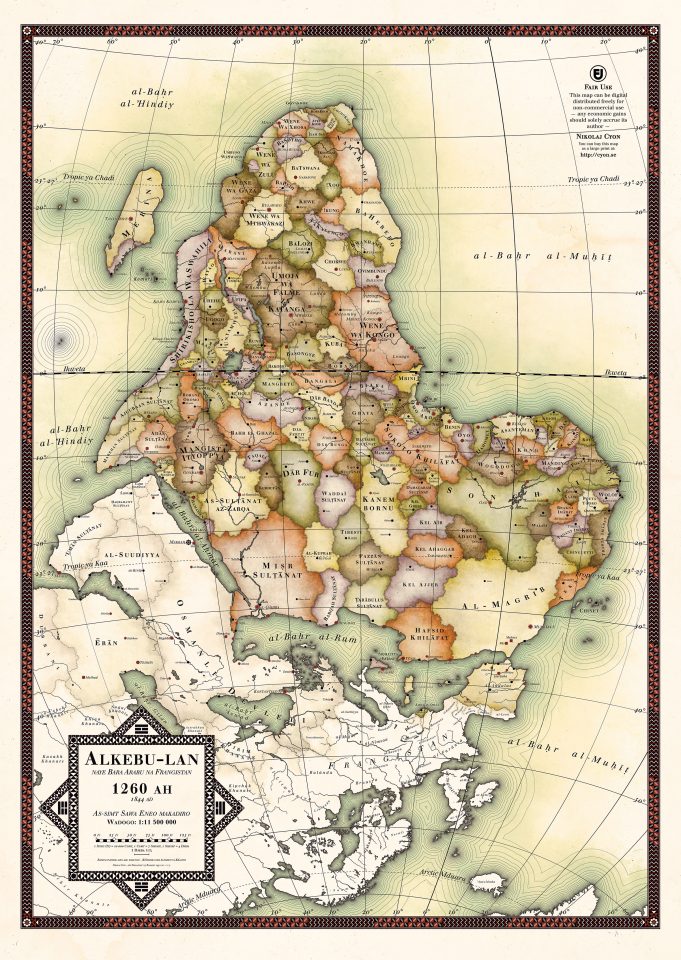 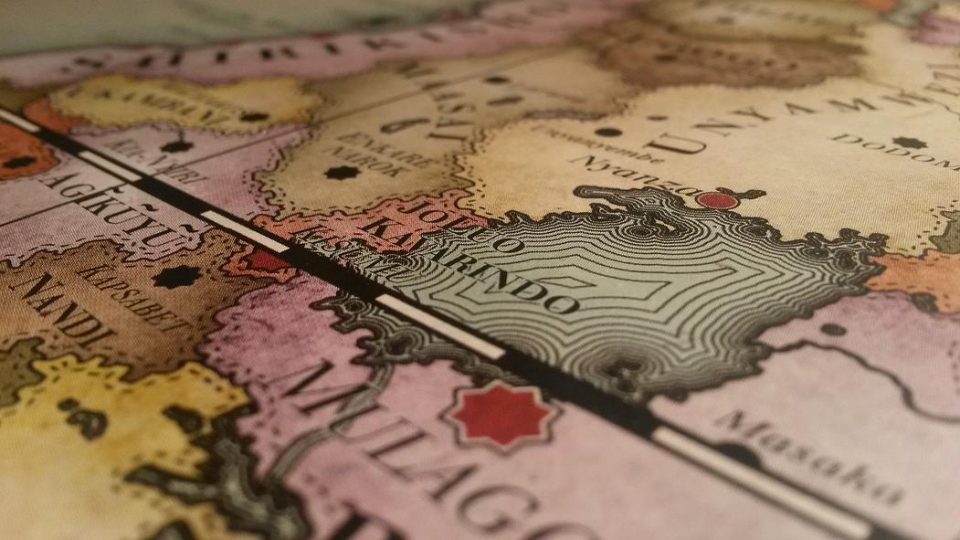 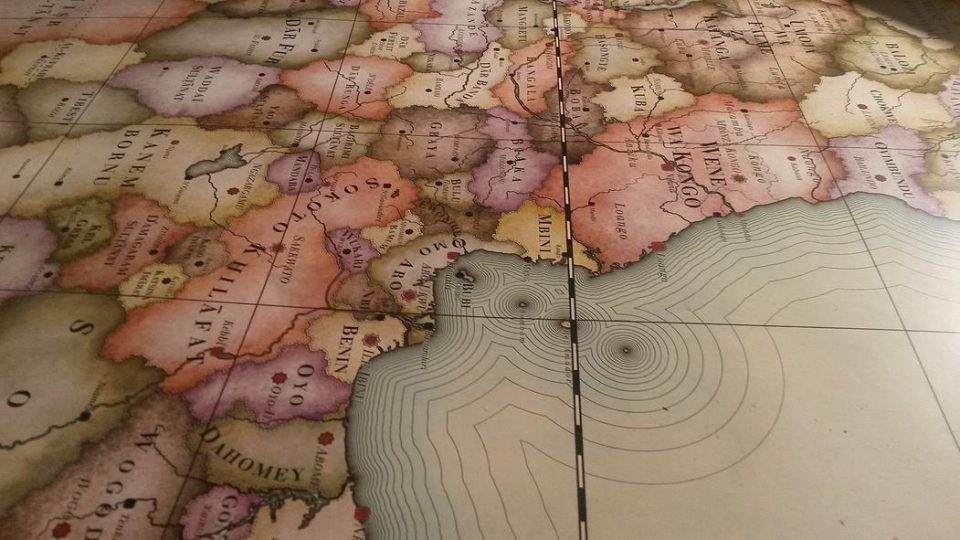 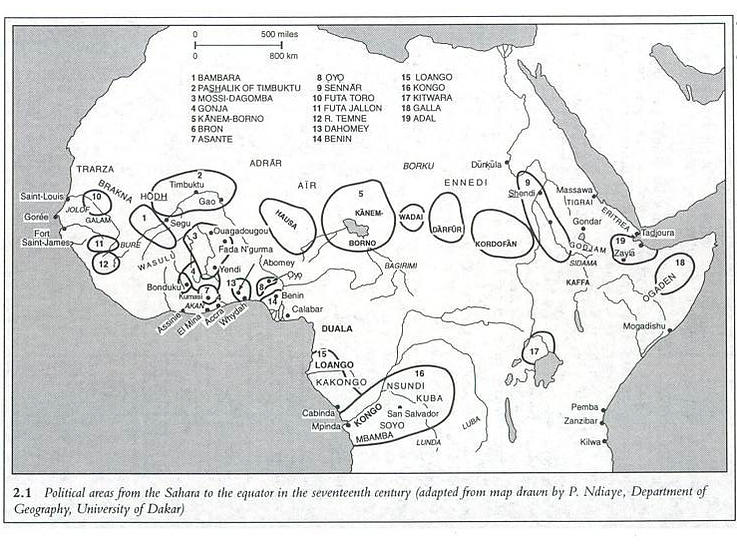